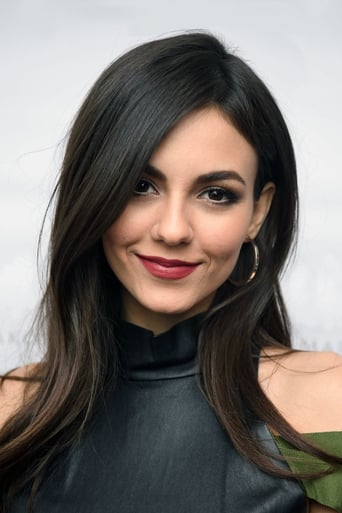 ​From Wikipedia, the free encyclopedia.   Victoria Justice (born February 19, 1993, height 5' 5½" (1,66 m)) is an American actress, singer, songwriter, and dancer. She debuted as an actress at the age of 10 and has since appeared in several films and television series including the Nickelodeon series Zoey 101 and Victorious. She has made appearances in several theatrical releases, including Unknown as well as the 2006 thriller The Garden. She has appeared in several Nickelodeon series, including True Jackson, VP, The Troop, The Penguins of Madagascar and iCarly, as well as on the Nickelodeon game show BrainSurge as a contestant. In 2010 she starred in the Nickelodeon film The Boy Who Cried Werewolf. Aside from acting, Justice is involved in her musical career. She has performed several songs for the soundtrack to the Nickelodeon musical Spectacular!, in which she starred. She has recorded a number of songs for the Victorious series. Justice has announced the release of her debut album, which is expected to be released sometime during the summer of 2011.