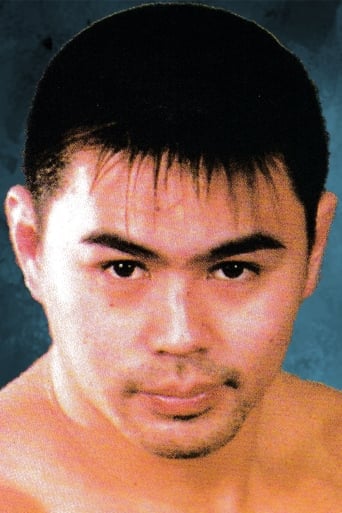 Takao Yoshida (吉田 貴男) better known by his ring name Taka Michinoku, is a professional wrestler who has wrestled all over the world as well he was a former Mixed Martial Artist. Michinoku is known in North America for his work for the World Wrestling Federation (WWF) where he had the first ever WWF Light Heavyweight Championship reign recognized by the North-American promotion. Michinoku works as a freelancer in Japan, performing for promotions such as New Japan Pro Wrestling, Kaientai Dojo, Dragon Gate and Dramatic Dream Team. Having held championship titles in Japan, North America, Mexico and Europe, Yoshida is known for his long title reigns. He held the FMW Independent World Junior Heavyweight Title for a combined duration of more than 15 months, the WWF Light Heavyweight Title for a then record-setting 10 months and the WEW Six-Man Tag Team Title for almost a year. Yoshida has held the AJPW World Junior Heavyweight Title, Michinoku Pro Tohoku Junior Heavyweight Title and Kaientai Dojo Strongest-K Title simultaneously for almost 10 months. During his reign, he has defended his titles against both AJPW and independent circuit talent to increase his base of opponents, and thus has increased the reach of the AJPW World Junior Heavyweight Title which was closed off to outside competition in the late 1980s and throughout the 1990s.