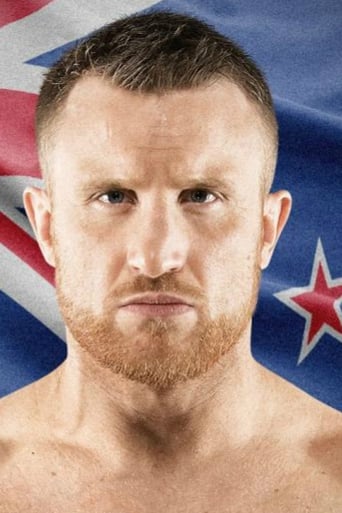 better known by his ring name Travis Banks, is a New Zealand professional wrestler. He is currently signed to WWE performing for their NXT UK brand.He's known for competing in promotions such as Fight Club Pro, What Culture Pro Wrestling, Attack! Pro Wrestling, Revolution Pro Wrestling, and most notably Progress Wrestling, where he is a former World Champion Banks debuted for Progress Wrestling in June 2016 by assisting TK Cooper in defeating Jack Sexsmith at Chapter 32. His debut match for Progress took place a month later at Chapter 33 where he and Cooper defeated Sexsmith and Roy Johnson.Banks and Cooper would collectively be known as the South Pacific Power Trip and began a winning streak as a team that lasted until Chapter 45 where they were unsuccessful in challenging British Strong Style (Trent Seven and Tyler Bate) for the Progress Tag Team Championship. On 10 September Banks defeated Pete Dunne to become the new Progress World Champion.He successfully defended the title against a diverse range of opponents such as Matt Riddle, Keith Lee, Will Ospreay, and Mark Andrews. Over WrestleMania 34 weekend in April 2018, PROGRESS Wrestling held two shows in Louisiana during which Banks successfully defended his title in matches against Jeff Cobb and Shane Strickland. Also in April 2018, PROGRESS embarked on a mini tour of Australia, culminating in Banks retaining his title against Robbie Eagles. After a feud that saw Banks previously retain the title by count-out, he eventually lost the PROGRESS World Championship to Walter at Chapter 74. Due to a dislocated shoulder, Banks was unable to take part in PROGRESS’ Coast to Coast tour of America in August 2018. He returned from injury at Chapter 79, defeating David Starr. Alongside Chris Brookes as CCK (Commonwealth Catch Kings), Banks won the Revolution Pro Wrestling tag team titles from Charlie Sterling and Joel Redman in his first match for the company.[31] CCK successfully defended those titles against a number of teams including Ryan Smile and Shane Strickland,Sami Callihan and Martin Stone,and Los Ingobernables de Japon (Bushi and Hiromu Takahashi)before losing the belts to Moustache Mountain (Trent Seven and Tyler Bate). CCK had a successful Global Wars 2017, winning against CHAOS (Rocky Romero and Yoshi-Hashi) on Night One and successfully teaming with Kid Lykos on Night Two against the CHAOS team of Gedo, Hirooki Goto and Yoshi-Hashi.[36] CCK then attempted to regain the tag team titles from new champions Suzuki-gun (Minoru Suzuki & Zack Sabre Jr) but lost to the champions at Epic Encounter 2018. Banks first worked for the WWE on 1 April 2017, participating in a match at WWE Wrestlemania Axxess where he teamed with TK Cooper in a losing effort to Mustafa Ali and Rich Swann. On 18 May 2018, it was announced that Banks would be taking part in the second ever WWE United Kingdom Championship Tournament. Banks beat El Ligero in the first round at NXT Download on 8 June. On 18 June, the first night of the two-night tournament event at the Royal Albert Hall, Banks beat Ashton Smith in the quarter finals and Joe Coffey in the semi finals before ultimately losing to Zack Gibson in the final.On the second night, he lost a match to decide the number one contender for the WWE United Kingdom Championship to Noam Dar in a bout that also featured Mark Andrews and Flash Morgan Webster