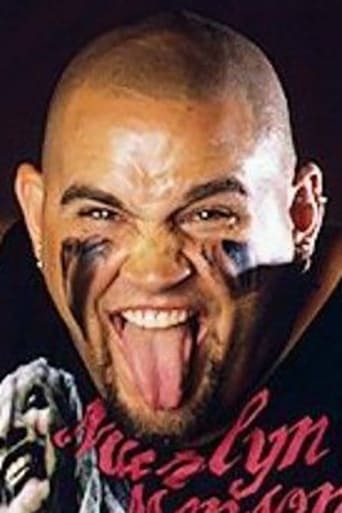 Charles "Chaz" Warrington is an American professional wrestler. He is currently performing under the ring name Mosh as one-half of the tag team The Headbangers along with Thrasher. The Headbangers then took on a gimmick where they would dress as the opponents that they feuded with, such as the Dudley Boyz and the Mean Street Posse. They later turned heel, and began to dress in drag, most notably wearing breast cones.[5] In June 2000, Warrington, once again known as Chaz, formed a new tag team with D'Lo Brown known as Lo Down. They enjoyed minor success, but were paired with Tiger Ali Singh and given the gimmicks of two bitter ethnic wrestlers who felt that they were being held down. They were given new ring attire, incorporating turbans and sashes, began using Tiger's entrance music, and were even given Arabic sounding names on one episode of Sunday Night Heat. The popularity of the team rapidly dwindled; at the 2001 Royal Rumble they were both denied a spot in the Rumble match, as their spot had been given to comedian Drew Carey. The team was eventually taken off TV, and Singh and Warrington were released. Chaz had his final WWF match on the July 30, 2001 edition of Raw is War in a dark match defeating the Inferno Kid. Independent circuit (2001–present) Mosh and Thrasher appeared on the Ring of Honor pay-per-view Best in the World on June 24, 2012 as the masked tag team Guardians of Truth, managed by Truth Martini. They lost to the Briscoe Brothers. Later on, the two would unmask themselves and go on to compete as the Head Bangers. Warrington now wrestles occasionally on the independent circuit in Florida. Warrington also plays outfield for the nationally ranked Fort Lauderdale professional kickball team "The Meatballs". In 2013, he joined Ring Warriors under the nickname That Simply Tremendous Dude. On October 14, 2013, he presented his Simply Tremendous Delegate Adam Barisano. The next week, Warrington turned heel, defeating Shooter Storm. Return to WWE (2016) On August 26, 2016, it was reported that Mosh and Thrasher would return to WWE, as part of the SmackDown brand.They lost their return match to Heath Slater and Rhyno on the August 30 episode of SmackDown. They also fought The Usos for a chance to compete at Survivor Series, but ended up losing. The Headbangers appeared on the November 15, 2016 900th episode edition of SmackDown Live teaming-up with other villainous teams, hereby confirming The Headbangers are heels.