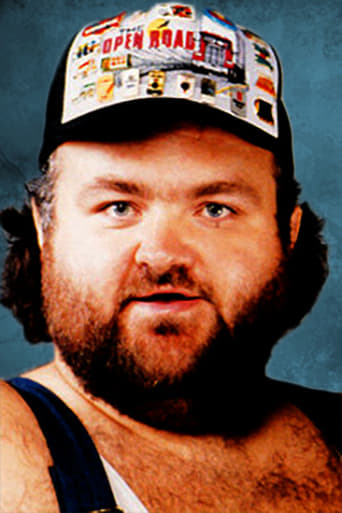 Michael Paul Shaw was an American professional wrestler who was best known for his stint in World Championship Wrestling (WCW) as Norman the Lunatic, and as Bastion Booger in the World Wrestling Federation (WWF). He feuded with Bam Bam Bigelow after "falling in love" with Bigelow's valet, Luna Vachon. While teaming with Bigelow on the January 3, 1994 episode of Monday Night Raw, Booger kissed Vachon, causing Bigelow to get angry. Booger and Bigelow faced each other the following week, and Bigelow won the match after Vachon distracted Booger by blowing him kisses. Booger was scheduled to appear in the 1994 Royal Rumble match, but he no showed with the kayfabe explanation that he overate and got sick. He lost his final match on WWF TV to Koko B. Ware in April 1994 and left the WWF in August 1994. On December 10, 2007 during the WWE Raw 15th anniversary special, he returned as Bastion Booger in the opening segment, in which Triple H jokingly suggested that Big Dick Johnson (another character whose unsightly physical appearance had been used by WWE for comic effect) was Booger's son. Shaw worked for various independent promotions in his final years, and trained several wrestlers in Saginaw, MI. His final match was in Paramus, NJ on July 24, 2009 in a losing effort against Prince Akkanatan. Jakks Pacific added Bastion Booger to the Classic Superstars line, series 25.