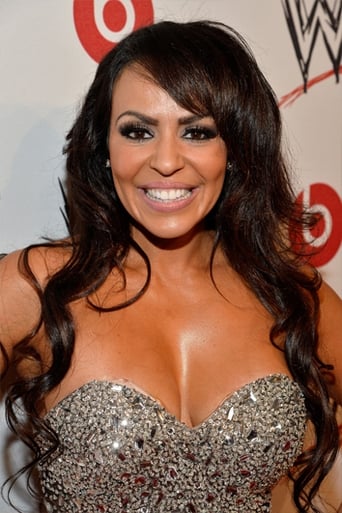 Layla El is an English dancer, model, professional wrestler, valet, and actress. She works for World Wrestling Entertainment on its SmackDown brand under the ring name Layla. After attending a performing arts college, El was a dancer for Carnival Cruise Lines, the Miami Heat franchise of the National Basketball Association (NBA), where Layla received a championship ring, and also danced for P. Diddy and Kanye West at the MTV Video Music Awards.  She has also appeared on several television shows, including Family Feud, Project Runway, and Celebrity Fit Club Boot Camp. In 2006, Layla won the 2006 WWE Diva Search, earning a contract with the World Wrestling Entertainment. After briefly appearing on SmackDown brand, she was moved to the ECW brand in January 2007 where she formed the Extreme Exposé dance troupe with Kelly Kelly and Brooke Adams. In 2008, she was drafted to the Raw brand, where she began managing William Regal. The following year, she returned to the SmackDown brand, where she formed an alliance with Michelle McCool known as LayCool. In May 2010, Layla won the WWE Women's Championship for the first time, making her the first British woman and Diva Search winner to have won the championship in history; she was also the final recognized WWE Women's Champion as the title was retired in September 2010. At the Extreme Rules pay-per-view in May 2011, the team would split after Layla defeated McCool in a no countout, no disqualification, loser leaves WWE match. Layla won her first-ever WWE Divas Championship at the Extreme Rules pay-per-view, lasting up to the Night of Champions pay-per-view in September 2012.