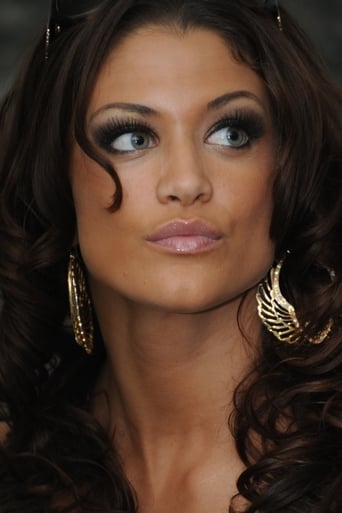 Eve Marie Torres is an American dancer, model, professional wrestler, valet, and actress. She is best known for her time in WWE as Eve Torres (or simply Eve), where she became a three-time WWE Divas Champion. Torres began her career as a dancer and model, dancing for The Southern California Summer Pro League and went on to become a member of the National Basketball Association's Los Angeles Clippers Spirit Dance Team for the 2006–2007 season. She has also appeared on several television shows, including Show Me the Money, The Best Damn Sports Show Period, Sunset Tan, Magic's Biggest Secrets Finally Revealed, Deal or No Deal, Good Day LA, Extreme Makeover: Weight Loss Edition, Stars Earn Stripes, G4's Attack of the Show, and The Soup. In 2007, Torres won the 2007 Diva Search, earning a contract with WWE. She first appeared on WWE programming as a backstage interviewer in 2008, and also appeared in non-wrestling contests such as bikini contest's and dance competitions. She later became a full-time wrestler in 2009, and was involved in various feuds with Michelle McCool, Layla and Natalya. She also managed the tag team of Cryme Tyme. After being traded to the Raw brand in late 2009, she managed Chris Masters before winning her first ever WWE Divas Championship in April 2010, becoming the first diva search winner in history to win the title, before losing it in June 2010. After acting as the valet for R-Truth in late 2010, she won the Divas Championship for the second time at the Royal Rumble in January 2011, lasting until April 2011. In April 2012, she was appointed as Executive Administrator of Raw and SmackDown by then General Manager John Laurinaitis. In August 2012, Eve became Assistant General Manager of SmackDown. At the 2012 Night of Champions pay-per-view, Eve became the first Diva in history to win the WWE Divas Championship on three occasions, and would drop the title to Kaitlyn at the "20th Anniversary" episode of Raw in January 2013. In December 2012, Eve would ask for her release from Vince McMahon, and it would be granted in January 2013 so she can focus on her role as an instructor for the Gracie Women Empowered Self-defense program.