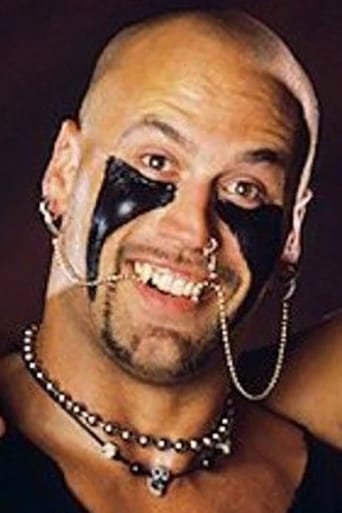 is an American professional wrestler, better known by his ring name, Thrasher. He is best known for his appearances in the World Wrestling Federation between 1996 and 2000, where he was one half of the tag team The Headbangers with Mosh. Thrasher is a former NWA World Tag Team Champion and WWF World Tag Team Champion. After retiring in 2002, he returned to professional wrestling in 2011, reforming The Headbangers with Mosh and appearing on the independent circuit. Professional wrestling career Ruth grew up in South Jersey. He trained as a wrestler under Larry Sharpe and debuted in 1990 as The Spider. He later became Sharpe's assistant and trained wrestlers such as the Big Show and others at Sharpe's "Monster Factory". Among the wrestlers trained by Sharpe and Ruth was Chaz Warrington, Ruth's future tag team partner. Ruth made a number of appearances for the World Wrestling Federation in the early 90s including a losing effort against Marty Jannetty on the 2nd ever episode of Raw, competing under his given name as an enhancement talent. World Wrestling Federation (1996-2000) Ruth is best known for his appearances with the WWF in the late 90s, where he formed a successful tag team with his old training classmate Chaz Warrington. Warrington and Ruth were best known in the WWF as The Headbangers: Ruth wrestled as Thrasher, while Warrington wrestled as Mosh. Both men debuted in the World Wrestling Federation on the November 24, 1996 episode of Superstars as the Headbangers. The Headbangers were a team that portrayed a pair of punk/metal fans and were known for their outrageous costumes, which usually featured nose rings and kilts. They captured the vacant WWF World Tag Team Championships on September 7, 1997 by defeating three other teams in a four team tag match at Ground Zero. They lost the titles to The Godwinns on October 5 of that same year.