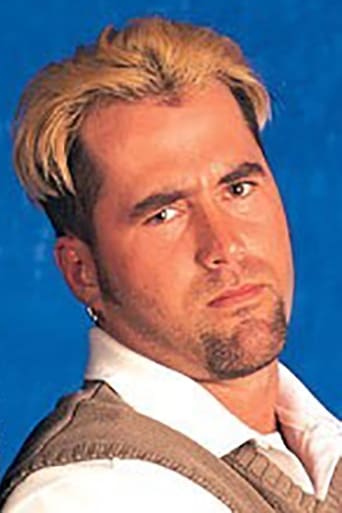 is an American retired professional wrestler. He is best known for his appearances with the World Wrestling Federation from 1999 to 2001 under the ring name Rodney The Posse took part in a tag team battle royal for the number one contendership to the WWF World Tag Team Championship at Armageddon 1999, and gained an advantage by switching places with the third wrestler behind the referees' backs, thus enabling them to outnumber the other teams three to two. Despite this advantage, they failed to win and were the first team eliminated. In early 2000, the Posse repeatedly tried to defeat Crash Holly for the WWF Hardcore Championship, attacking the champion in unlikely venues such as an airport, a circus and his hotel room. At WrestleMania 2000 on April 2, the trio took part in a Hardcore battle royal for the Hardcore Championship. Lienhardt pinned Funaki to win the title after stunning him by throwing him into a metal fence railing, but was pinned by Abs just fourteen seconds later. Despite the infighting, the Posse remained a relatively cohesive unit. On an episode of Sunday Night Heat later that year, Edge and Christian briefly became the managers of the Mean Street Posse. They accompanied them to ringside for the duration of their WWF World Tag Team Championships title match with the Hardy Boyz, assisting the Posse with the proviso that they would receive a title shot if the posse was to win. The Hardy Boyz, however, thwarted the interference of Edge and Christian and retained their titles. Later that year, all three members of the Posse were sent to Memphis Championship Wrestling, then a WWF developmental territory. On May 24, 2000 in Tunica, Mississippi, Lienhardt and Abs defeated Bull Pain and Todd Morton to win the MCW Southern Tag Team Championship.They lost the titles to The Kingpins on July 26 in Memphis, Tennessee, but regained the titles on August 12, 2000 in Jackson, Mississippi. Their second reign ended when they were defeated by The Dupps on October 28 in Jonesboro, Arkansas. Lienhardt was then sent to the MCW affiliate Memphis Power Pro Wrestling, where he was renamed RodRageous. He defeated Bulldog Raines to win the MPPW Television Championship on January 27, 2001 in Memphis. He lost the title to Grandmaster Sexay on February 21 of that year in Jonesboro, but regained the title just three days later in Memphis. His second reign came to an end on March 17, 2001, when MPPW severed all connection with the WWF and vacated all titles held by WWF employees. Lienhardt and the remainder of the Posse were released by the WWF later that year. Independent circuit Lienhardt briefly wrestled on the independent circuit before retiring to run a landscaping company in Glen Ridge, New Jersey.