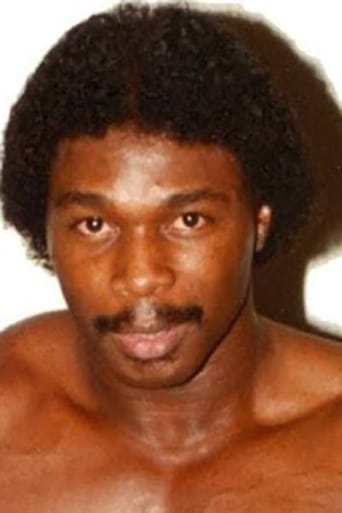 Frederick Seawright was an American professional wrestler, better known by his ring name Brickhouse Brown. He was a top heel in several Southern promotions in the 1980s and 1990s. Brown's first matches in professional wrestling were for Southwest Championship Wrestling, under Joe Blanchard in San Antonio, Texas. He had no training prior to his first match in 1982 against Bobby Jaggers, but was later trained by Terry Funk. In 1983, he joined the National Wrestling Alliance, and for the next four years, he competed in various territories, especially within the Southeast. In September 1985, he won the NWA Southeastern Tag Team Championship with Norvell Austin, defeating The Nightmares. They lost the title back to The Nightmares a week later. In March 1987, Brown went to Memphis to wrestle for Championship Wrestling Association. In July 1987, he won his first singles title, the AWA Southern Heavyweight Championship, defeating Jerry Lawler. He lost the title back to him a week later. In May 1988, he defeated Maxx Payne to win the CWA Heavyweight Championship. He held this top title for nearly two months, before losing it to Phil Hickerson. In August 1988, Brown got involved in a racially-charged angle with Robert Fuller and the Stud Stable, wherein Fuller gave Brown a watermelon as a gift, and beat him with a leather strap. Because of the co-promoting with the American Wrestling Association and World Class Championship Wrestling, he also had a chance to wrestle in the AWA and WCCW. After SuperClash III, the AWA pulled out, and the CWA-WCCW cross-promotion continued, as Jerry Jarrett bought Fritz Von Erich's majority stake in WCCW. In February 1989, Brown won the WCCW Texas Heavyweight Championship, defeating Iceman King Parsons. He was champion for over a month, before losing to Gary Young. In late 1989, he briefly returned to Florida for Professional Wrestling Federation and the Gulf Coast for Continental Wrestling Federation. Back in Memphis, in April 1990, he won the USWA World Tag Team Championship with Sweet Daddy Falcone, defeating The Southern Rockers. They kept the belts for nearly a month before losing them back to the Southern Rockers. In November 1991, he went to Portland for Pacific Northwest Wrestling. His run in Portland ended in June 1992. Back in Memphis, in April 1995, Brown won his second USWA World Tag Team Championship with The Gambler, defeating PG-13. They held onto the belts for over two weeks before losing them back to PG-13. In July 1995, Brown competed in the World Wrestling Federation as enhancement talent and worked two TV tapings, one against Hunter Hearst Helmsley and the next night against Henry O. Godwinn. In August 1995, he wrestled in Ozark Mountain Wrestling, which was the USWA's developmental territory. In May 1996, he won the USWA Television Championship, defeating Jesse James Armstrong. A month and a half later, he dropped the belt to Wolfie D. In July 1996, he quickly rebounded and won his third and final USWA World Tag Team Championship with Reggie B. Fine, defeating Bart Sawyer and Flex Kavana. They held onto the title for three weeks before losing it to The Moondogs. Brown left USWA in January 1997.