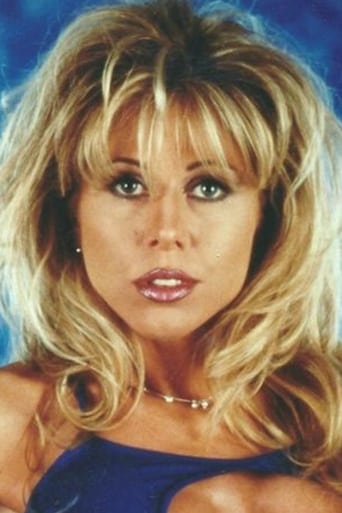 Terri Lynne Boatright is an American retired professional wrestling manager, television host, and occasional professional wrestler. Runnels began her professional wrestling career in World Championship Wrestling (WCW) as Miss Alexandra York, manager of The York Foundation. She later joined the World Wrestling Federation (WWF), later renamed World Wrestling Entertainment (WWE), where she worked for eight years. In the early years of her career with the WWF, she managed her (then) real-life husband Dustin Runnels (known on-screen as Goldust) and was a member of the Pretty Mean Sisters alliance. She also managed both The Hardy Boyz and Edge and Christian following the Terri Invitational Tournament in 1999. Subsequently, she had an on-screen rivalry with The Kat, managed The Radicalz stable, and worked as a host and interviewer. During her time with the WWF/E, she briefly held the Hardcore Championship, her only championship during her career. After leaving the wrestling business, Runnels became involved in philanthropic work. Boatright grew up in Florida. She grew up as a Southern Baptist, but later became non-denominational. She dated Brian Pillman in 1990 while they were both in WCW. In 1993, she married Dustin Runnels, whom she met while they were both working for WCW, taking his last name as her own.[3][4] They have a daughter, Dakota, who was born in 1994.Dustin Runnels' strained relationship with his father Dusty Rhodes caused problems in their marriage, and Terri alleges that Dusty spread rumors about her that included infidelity and gold-digging. The couple divorced in 1999 after six years of marriage. Years after the divorce, they were able to have a "better relationship". In 2003, she began a relationship with Tyree Clowe, a US soldier 15 years her junior. The couple remained together for over five years. Terri began dating former professional wrestler New Jack in 2009. Jack professed his love for her in an interview with host Fat Man After Dark on the Future Endeavors wrestling radio show and described some of the pitfalls, even today, of a mixed-race relationship. As of July 2011, the couple is no longer together. In August 2011, a Florida judge ordered Jack to stop selling nude and bloody photographs of Runnels. Runnels filed suit, accusing Jack of making libelous comments about her and requested that a court ban him from distributing sexually-explicit photographs of her. Jack said that he took the photos, that they belonged to him and that he should be free to pass them on to whoever he pleases. A judge in Sanford, Florida, temporarily banned Jack from distributing photographs of Runnels ahead of a hearing. Runnels has worked with various charities, including the Make-a-Wish Foundation, Big Brothers Big Sisters of America, Boys & Girls Clubs of America, Children's Miracle Network, and Hermie & Elliott Sadler Foundation and Fit Kids MarathonIn 2008, she began a contest, "Make the World Write", where the contestants wrote about how they would make the world a better place, charging them entry fees to win her house that was never awarded.