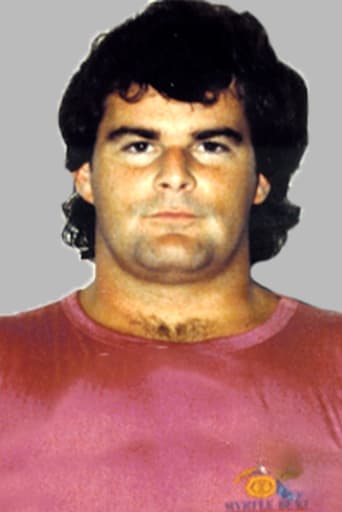 Brian Gower (born June 1, 1960) is an American retired professional wrestler, better known by his ring name, Brian Adias. He is best known for his appearances with World Class Championship Wrestling. Gower was trained to wrestle by Texas-based Fritz Von Erich, debuting in 1979. Adias appeared, mistakenly billed as "Brian Adidis", at Starrcade 84 defeating Mister Ito. Fan magazines like Pro Wrestling Illustrated continued to list him in their regional rankings as Adidas for the next two years, but he was referred to as Adias in WCCW. Adias continued his alliance with the Von Erich family until the fall of 1986, when he turned heel against Mike Von Erich in a singles match which was Von Erich's first match back after a near-fatal bout with Toxic Shock Syndrome. In an angle very similar to the one used with Chris Adams two years before, Adias declared that he wanted to succeed on his own merits, accused the Von Erichs of holding him back, and formed an alliance sometimes called "The Duo of Doom" with Al Madril. During the feud WCCW ran an angle where Kerry Von Erich, who was Brian's classmate in high school, confronted Adias regarding his actions. Still in crutches after his 1986 motorcycle accident, Kerry was attacked by Madril with Brian standing and allowing Madril to hit Kerry with the crutch several times before Marc Lowrance managed to get Kerry out of the ring. Afterwards, Kevin Von Erich came in and launched an attack on Madril. Madril and Adias would go on to win the World Class Tag Team Championship, while continuing to feud with the Von Erichs through the summer of 1987. In one incident, Kevin collapsed during an eight-man tag match involving Adias, which would set up an angle where he would develop his version of the Oriental Spike, a move made famous by Terry Gordy, calling it the "Oriental Tool". Adias would continue his heel run into the Wild West Wrestling group but reverted to playing the babyface a few years later when the Global Wrestling Federation was launched. Adias later turned to sales work, only wrestling sporadically for the rest of the decade, before resurfacing for a while in the GWF during its run on ESPN in the early 1990s. Adias retired from wrestling completely in 2000 and is currently selling real estate and owns NTXHOMEZONE with his partner Chad Odom.