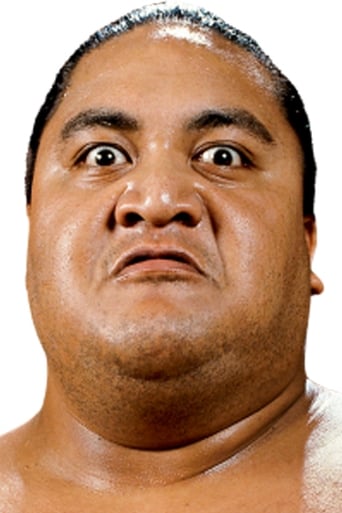 was an American professional wrestler who is best known for his time with the World Wrestling Federation (WWF) where he wrestled under the ring name Yokozuna. The name was a reference to the highest rank in professional sumo wrestling in Japan. Although the Yokozuna character was portrayed as a champion sumo wrestler, Anoaʻi never competed as an actual sumotori. Though Yokozuna wrestled as a representative of Japan, in real life Anoaʻi was Samoan American and was accordingly billed as hailing from Polynesia. However, he was managed by the Japanese character Mr. Fuji (in reality a Japanese American), who would follow Anoaʻi to the ring with a wooden bucket of salt, and waving a Japanese flag. In the WWF, Anoaʻi was a two-time WWF World Heavyweight Champion and two-time WWF Tag Team Champion (with Owen Hart), as well as the winner of the 1993 Royal Rumble. Anoaʻi was the first wrestler of Samoan descent to hold the WWF World Heavyweight Championship as well as the first Royal Rumble winner who as a result of a direct stipulation received a WWF's world championship title shot at WrestleMania. He defeated WWE Hall of Famers Bret Hart and Hulk Hogan, in consecutive pay-per-view victories in the main event of WrestleMania IX and the 1993 King of the Ring, to win his two WWF World Heavyweight Championships, and also headlined WrestleMania X against Hart. He was the third fastest newcomer after Brock Lesnar and Sheamus to win the WWF or WWE Championship after his debut. Anoaʻi was posthumously inducted into the WWE Hall of Fame in 2012. Anoaʻi was a member of the Anoaʻi wrestling family: Roman Reigns, Rikishi, Samu, Rosey, Manu, Umaga, and The Rock were among his cousins, The Usos were his first cousins once-removed and Afa and Sika were his uncles. He had two children, Justin and Keilani. Death On October 23, 2000, Anoaʻi died from pulmonary edema in his room at the Moat House Hotel in Liverpool, England while on an independent wrestling tour in Europe. At the time, it was widely reported that he died of heart failure or a heart attack, but this was later found to be incorrect due to his lungs showing severe signs of blockage due to fluid. Anoaʻi's weight at the time of his death was 580 lb (260 kg). Legacy The Yokozuna Memorial Show was held in Allentown, Pennsylvania in November 2001, shortly after the first anniversary of Anoaʻi's death. It was presented by the independent promotion World Xtreme Wrestling, although matches included wrestlers from multiple promotions. On March 31, 2012, Yokozuna was inducted into the WWE Hall of Fame by his cousins, The Usos and Rikish