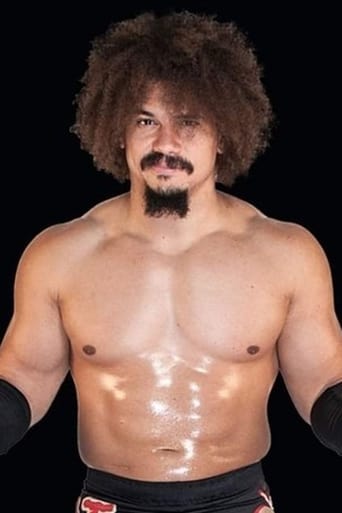 Carlos Edwin "Carly" Colón, Jr. is a Puerto Rican professional wrestler better known internationally by his ring name Carlito. He belongs to a wrestling family, being the son of Carlos Colón, Sr., who introduced him to wrestling. His mother was born in Canada, which grants him the Canadian citizenship. Colón debuted in his father's promotion, the World Wrestling Council (WWC), becoming a 13-time WWC Universal Heavyweight Champion. During the early years of his career, he made appearances for the X Wrestling Federation and Funking Conservatory, winning his first international championship for the second. In his native Puerto Rico, he is known as both Carly Colón and Carlito. In 2003, Colón signed a developmental contract with World Wrestling Entertainment (WWE), working for the promotion until 2010. He worked in Ohio Valley Wrestling (OVW) for sixteen months, mostly wrestling in tag team matches while making appearances in WWC. On October 7, 2004, Colón made his debut performing on the main event of SmackDown! as Carlito Caribbean Cool. Colón is a former United States Champion and Intercontinental Champion and has been part of both the Raw and SmackDown brands. He is the only wrestler to win a championship on two separate debuts in WWE and the second Puerto Rican to become Intercontinental Champion after Pedro Morales. At WrestleMania XXV, Colón and his brother, Eddie Colón, became the only tag team to unify the WWE Tag Team Championship and World Tag Team Championship.