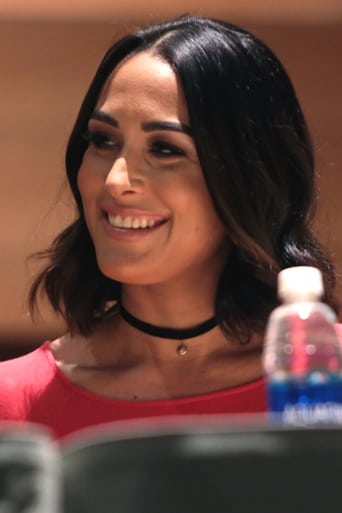 Brianna Monique Danielson (née Garcia-Colace) was an American twin model and a semi retired professional wrestler. She is best known for her time with WWE working under the ring name Brie Bella. She is perhaps best known for her time competing as a professional wrestling tag team with her twin sister Nicole (Nikki Bella), collectively referred to as The Bella Twins. Before being promoted to the main WWE roster, The Bella Twins wrestled with Florida Championship Wrestling, where they were trained by Tom Prichard, and mainly competed in tag team competition. Brie made her debut on SmackDown in August 2008; she debuted first, and as part of her in-ring persona, would disappear under the ring during matches, emerging revived. Eventually, however, it was discovered she was switching places with her twin, Nikki, under the ring in order to gain an advantage. They then competed in tag team matches. Beginning in November 2008, an angle was written in which The Bella Twins developed an on-screen relationship with The Colóns (Carlito and Primo) and John Morrison and The Miz. In early 2010 Jerry Springer came to Raw were the superstars and divas (featuring The Bellas) pulled a prank on Jerry. The prank was that Kelly was "Pregnant". During the prank The Bellas came out and they were on about "their own little secret". Brie started to explain to Jerry to then be interrupted by Nikki who shouted "Brie is a man!" Brie seemed completely shocked. As soon as Nikki turned back to face her sister. Brie slapped Nikki across the face as Kelly and Jerry responded with a Big "OOOOO" and then attacked her which caused a brawl to then be broken up by security. They were later involved in a storyline romance with Daniel Bryan. In April 2011, Brie won the WWE Divas Championship.