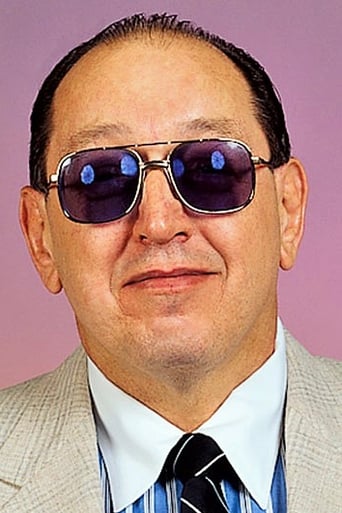 better known by his ring name of Gorilla Monsoon, was an American professional wrestler, play-by-play commentator, and booker. Monsoon is famous for his run as a super-heavyweight main eventer, and later as the voice of the World Wrestling Federation, as commentator and backstage manager during the 1980s and 1990s. He also portrayed the on-screen role of WWF President from 1995 to 1997. In professional wrestling, the staging area just behind the entrance curtain at an event, a position which Marella established and where he could often be found during WWF shows late in his career, is named the "Gorilla Position" in his honor. Although remembered fondly by many viewers, Monsoon was voted Worst Television Announcer a record six times by readers of the Wrestling Observer Newsletter in the publication's annual awards poll. Marella was married to his wife, Maureen, for more than 40 years and had three children: Sharon (born 1960), Joey (adopted, 1963–1994), and Valerie (born 1966). Victor Quinones (1959-2006) was listed in Gorilla's obituary as his son as well. This was never confirmed officially by Gorilla but the Marella family has acknowledged this after Gorilla's death. Along with Linda McMahon, Marella was considered as a possible replacement for Vince McMahon as the owner of the WWF if McMahon had been found guilty during his 1994 legal trial for illegal steroid use in the company. On July 4, 1994, his adopted son, Joey Marella, fell asleep at the wheel and died in a car accident on the New Jersey Turnpike, while returning from refereeing a WWF event in Ocean City, Maryland. He was not wearing a seatbelt at the time of the crash. For years, Marella had a custom New Jersey license plate which read "kayfabe Death and legacy Marella died on October 6, 1999, of heart failure brought on by complications of diabetes, at his home in Willingboro Township, New Jersey. He was 62 years old. In a tribute that aired on October 11, 1999, on an episode of Raw Is War from the Georgia Dome, McMahon described Marella as "one of the greatest men I have ever known." He is interred next to his son, Joey Marella, at Lakeview Memorial Park in Cinnaminson, New Jersey. WCW commentator Tony Schiavone acknowledged Marella's death on the October 11, 1999, episode of WCW Monday Nitro. Bobby Heenan insisted on doing a tribute to Marella, even though Marella never worked for WCW. Heenan said on-air: "Gorilla will be sadly missed. Now he was one big tough man. He was a decent honest man. And we're all gonna miss him very much. And you know the pearly gates in heaven? It's now gonna be called 'the Gorilla position.' Goodbye, my friend." Robert Marella was inducted into the WWF Hall of Fame, class of 1994, on June 9. When Heenan was inducted into the WWE Hall of Fame in 2004, he ended his acceptance speech with a very emotional, "There's only one thing missing, I wish Monsoon was here." In 2007, when Anthony Carelli made his debut with WWE, as a tribute to Marella, he was given the ring name "Santino Marella".