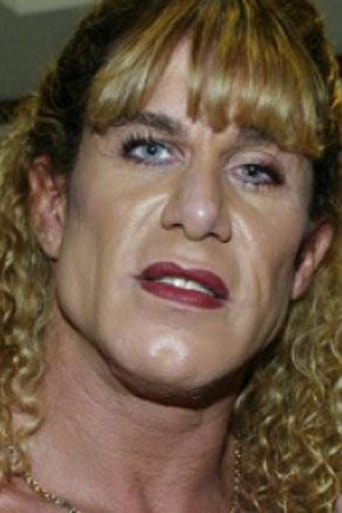 was an American bodybuilder, actress, professional wrestler, and professional wrestling valet. She worked for companies such as Extreme Championship Wrestling, World Wrestling Federation and XPW. From 1993 until her death, she made numerous appearances on The Howard Stern Show and took part as a contestant in Stern's 1993 pay-per-view television event The Miss Howard Stern New Year's Eve Pageant. She then became a member of the show's Wack Pack. She made guest appearances on four soap operas: The Bold and the Beautiful and Days of Our Lives in 1991, and General Hospital and Guiding Light in 1992. Bass debuted in Extreme Championship Wrestling (ECW) during the first half of 1998. She aligned herself with Justin Credible, Chastity and Jason. She participated in feuds with Tommy Dreamer, Mikey Whipwreck and Beulah McGillicutty. Bass soon joined the World Wrestling Federation (WWF), debuting as Sable's villainous bodyguard at WrestleMania XV on March 28, 1999.[3] She became involved in an extended feud with Debra McMichael, which culminated in a mixed tag match pitting Bass and Val Venis against Jeff Jarrett and Debra at the 1999 WWF Over the Edge, which took place directly after the tragic death of Owen Hart at that pay-per-view. Bass was then aligned with Venis until she accidentally whacked him with Jarrett's guitar after losing a bikini contest to Debra. The following week, she interfered in a match between Debra and Ivory, with Debra losing her Women's Championship due to Nicole's interference. This led to a brief alliance between Bass and Ivory, which ended abruptly when Bass left the WWF and filed a lawsuit against the organization for sexual harassment, claiming she was sexually assaulted backstage by Steve Lombardi. In 2003 the case went to court and was ultimately dismissed. Bass continued to wrestle on the independent wrestling circuit and did bookings for public events and for personal training. Personal life In 2006, Bass was hospitalized due to steroid-influenced pancreatitis. Bass married Richard "Bob" Fuchs in 1985. Fuchs died in his sleep in 2013 at age 64.At the time of her death, Bass was in a relationship with her business partner, Kristen Marrone. Death On February 16, 2017, a statement was posted on Bass' official Facebook page by her girlfriend Kristen Marrone, where she stated that Bass had been hospitalized after being found unconscious at her apartment. The post said everything possible was being done to help her. Later that day, she was declared to be medically brain dead following a stroke. Her family and friends were with her that evening as she was taken off life support. Bass died a day later on February 17 at the age of 52