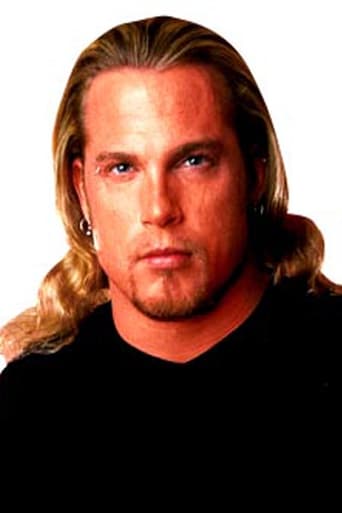 Andrew James Robert Patrick Martin was a Canadian professional wrestler. Under the ring name Test, Martin wrestled for the World Wrestling Federation (now known as WWE) from 1998–2004, and 2006–2007. He last worked for Total Nonstop Action Wrestling under the ring name "The Punisher" Andrew Martin. Martin won six championships in the WWF/WWE. He found his greatest success as a singles competitor, winning the Intercontinental and European Championships once each, and the Hardcore Championship twice. Martin was also successful in the tag team division, twice becoming a world tag team champion with Booker T by winning the WWF and WCW World Tag Team Championships once each. Following these defeats, Test would seemingly disappear from WWE television. On February 18, WWE commentator Jim Ross, confirmed that Test had been suspended for 30 days for violating the WWE "Wellness Program" on his blog.A week after Ross made the announcement, it was reported that Test was officially released from his WWE contract.Martin released a statement through his MySpace saying that the release was mutual and he had requested it. Total Nonstop Action Wrestling and retirement (2007–2009) After his departure, Martin debuted in Total Nonstop Action Wrestling as a face under his real name on the August 2, 2007 episode of TNA Impact!. He allied himself with Abyss and Sting and helped them defeat A.J. Styles and Christian Cage in a tag team ladder match. At Hard Justice, Martin wrestled his first and only match for TNA, as he teamed with Sting and Abyss to defeat Christian's Coalition (Cage, Tomko, and AJ Styles) in a Doomsday Chamber of Blood match, after Styles was slammed into a pile of broken glass and pinned by Abyss. On December 19, 2007, Martin announced his retirement from professional wrestling, and that he would do one final tour of Britain, Ireland and France in February and March 2008 before retiring permanently. Martin finished his retirement tour in France, losing to Rene Dupree in a series of matches. However, Martin did wrestle one final match nearly a year later in February 2009, defeating Mitsuya Nagai, only a month prior to his death. Personal life On September 14, 2007 and April 5, 2008, Martin was arrested for driving under the influence in Hillsborough County and Pasco County.He was booked into jail both times, but was released the following day after posting bail. Death Martin was found dead in his Tampa, Florida condominium on March 13, 2009, four days prior to his 34th birthday.Police were called after a neighbor reportedly saw Martin had been motionless for some time, seeing him through a window outside Martin's condo. Police retrieved his body after scaling the apartment balcony and discovering that he was indeed dead. He is believed to have died the previous day.His death was ruled an accidental overdose of oxycodone. It was later determined by forensic pathologist Dr. Bennet Omalu that Martin had severe chronic traumatic encephalopathy, caused by repeated concussions and subconcussive head injuries He was cremated and his remains were flown to his family at his hometown of Whitby, Ontario, Canada.