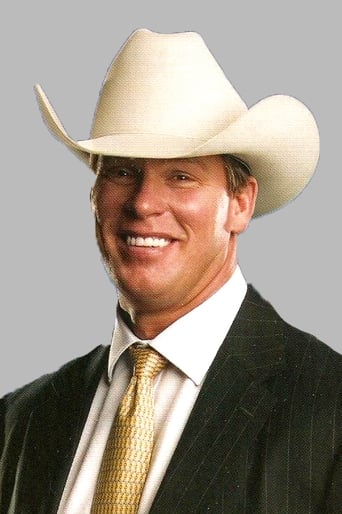 John Charles Layfield is an American retired professional wrestler and current wrestling commentator/host for WWE, where he performs under the ring name John "Bradshaw" Layfield (JBL). Outside of his WWE work, Layfield is a financial analyst for Fox News. Within WWE, he was previously known by the ring name Bradshaw, and prior to that, the variations Justin "Hawk" Bradshaw and Blackjack Bradshaw (as half of The New Blackjacks withBlackjack Windham). As JBL, Layfield was WWE Champion for 280 days. Layfield's main gimmick as JBL—a wealthy, gladhanding, big-mouthed, fiery-tempered businessman—was based on Layfield's real-life accomplishments as a stock market investor. Layfield is a guest panelist on Fox News Channel's The Cost of Freedom, has appeared on CNBC, and has written a best-selling book on financial planning called Have More Money Now. (ISBN 0-7434-6633-0). Layfield also hosts a weekend talk radio program, syndicated nationally by Talk Radio Network, in which he discusses his conservative political views. Layfield is also employed by Northeast Securities as its Senior Vice President. In WWE, Layfield won 24 total championships including one reign as WWE Champion, one reign as United States Champion, one reign as European Champion, seventeen reigns as Hardcore Champion, one reign as Intercontinental Champion, and three reigns as World Tag Team Champion with Faarooq as part of the Acolytes Protection Agency (APA). He is also recognized as the twentieth Triple Crown Champion, and the Sports Illustrated has said that Layfield "has been accused for years of being a locker room bully",while Deadspin wrote that "backstage tales of Layfield's hazing and bullying have long been legend among hardcore wrestling fans."[136] Dayton Daily News described that "YouTube has dozens of interviews where former [WWE] performers discuss harassment, bullying and taking real blows from Layfield while wrestling him in supposedly choreographed matches." Le Journal de Montréal listed Mark Henry, Matt Hardy, René Duprée, Daivari, and Ivory, among others, as wrestlers who in interviews described Layfield as a bully.In 2010, The Miz referenced Layfield in an onscreen promo about hazing he faced in the locker room early in his career. Layfield admitted to hazing Miz and said that he did not regret doing so. In April 2017, WWE commentator Mauro Ranallo took an absence from WWE, which Dave Meltzer reported had been triggered by hostilities with Layfield.The allegations coincided with the release of former WWE ring announcer Justin Roberts' autobiography, in which he alleged that Layfield encouraged Johnny Nitro and Joey Mercury to steal his passport.Angered WWE fans subsequently called on WWE to fire Layfield. On April 22, Newsweek reported that Ranallo and WWE "mutually agreed to part ways", and Ranallo released a statement in which he said his departure had "nothing to do with JBL" after liking tweets that implied JBL was the main reason. Layfield released a statement of his own, stating: "Admittedly, I took part in locker room pranks that existed within the industry years ago. WWE addressed my behavior and I responded accordingly, yet my past is being brought up because of recent unfounded rumors. I apologize if anything I said playing ‘the bad guy’ on a TV show was misconstrued.