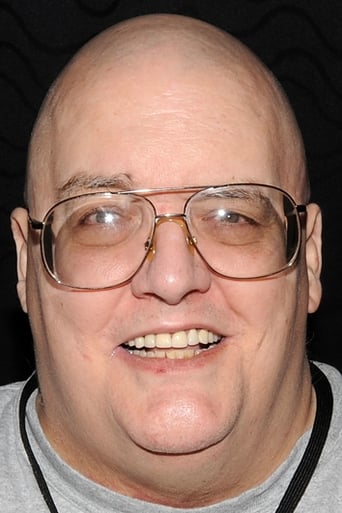 Christopher Allan pallies is an American professional wrestler, stand-up comedian and actor, better known by his ring name, King Kong Bundy. Bundy achieved mainstream recognition in the World Wrestling Federation (WWF, now WWE) in the 1980s and 1990s: he headlined WrestleMania 2 in 1986 against Hulk Hogan in a steel cage match for the WWF Championship, and at WrestleMania XI in 1995 he was also the fourth victim in The Undertaker's now 21-match undefeated WrestleMania streak. Late WWF play-by-play commentator Gorilla Monsoon dubbed Bundy as the "Walking Condominium" in reference to his imposing size and weight. After leaving the WWF in late 1995, Bundy wrestled for several independent promotions in the United States. In April 1997, he resurfaced in magazines when he joined a faction managed by Kenny Casanova called "Camp Casanova" along with "Danger" Dave DeJohn and the Masked Maniac at times in USWF, NBW, and USA Power Pro Wrestling. In a match against "the Seven Foot Tall" Primo Canera III, Bundy knee-dropped his opponent and then "Bundy-splashed" him. The impact actually broke the ring, leaving the two grapplers in a pit in the center of the squared circle. This independent footage was picked up by Pro Wrestling Illustrated. His feuds against "Superfly" Jimmy Snuka, Doink the Clown, and Tom Brandi are among many main events in the northeast independent circuit. In 1999, at the Kolf Arena in Oshkosh, Wisconsin he won the AWA Superstars of Wrestling Heavyweight Championship from Jonnie Stewart. Later that same year, Bundy the reigning AWA heavyweight champion wrestled again headlining an AWA "Super Event" at the Dee Events Center in Ogden, Utah. That night ended differently for Bundy, losing a "bodyslam match" to Koszmar Polski who was managed by Ken Patera. Bundy still wrestled across the country, primarily in the Southern and Eastern United States. He continued to be a headliner and a crowd favorite at all events he attended. King Kong Bundy's last match is thought to have been at the Legends of Wrestling Show at the Pulaski County Fair in Somerset, Kentucky in 2007. Bundy lost to "Hacksaw" Jim Duggan in the main event. Acting career In 1986, Bundy appeared in television commercials and print advertisements for the Vendex HeadStart personal computer. Bundy had two guest spots and one bit part on Married... with Children, as the creators had named the lead characters "Bundy" as an homage to him.[28] In 1987, he played Uncle Irwin, the brother of Peggy Bundy. In 1995, he appeared again as the King Kong Bundy character, teaching Bud how to wrestle. Born in Woodbury, New Jersey on November 7, 1955, Pallies attended Washington Township High School in Sewell, New Jersey, graduating in 1973. In July 2016, Pallies joined a class action lawsuit filed against WWE which alleged that wrestlers incurred "long term neurological injuries" and that the company "routinely failed to care" for them and "fraudulently misrepresented and concealed" the nature and extent of those injuries. The suit was litigated by attorney Konstantine Kyros, who has been involved in a number of other lawsuits against WWE. The case was dismissed by US District Judge Vanessa Lynne Bryant in September 2018. Pallies was fond of cats, and had “about 10” as pets at the time of his death.Their names included Stewie, Paige, Gio, and Pat