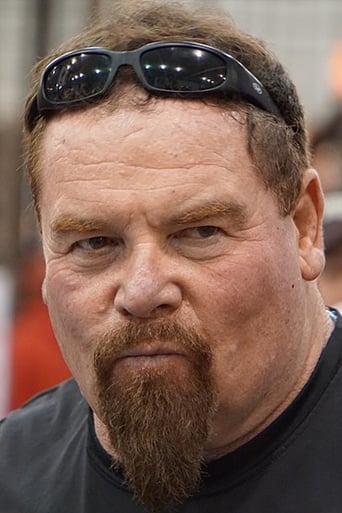 James Henry "Jim" Neidhart is an American professional wrestler, best known for his appearances in the 1980s and 1990s in the World Wrestling Federation as Jim "The Anvil" Neidhart. Jim is the father of WWE Diva Natalya. Among other accolades, he is a two-time WWF Tag Team Champion with Bret Hart as part of the original Hart Foundation. Neidhart headlined two pay-per-views for the WWF: Survivor Series 1989 and In Your House 16: Canadian Stampede. Neidhart holds dual citizenship with Canada and the United States. On Raw XV, the 15th-anniversary WWE Raw special on December 10, 2007, Neidhart returned to WWE for the first time since 1997, and participated in the 15th Anniversary Battle Royal, eventually making it to the final five before being eliminated by Skinner. Neidhart made appearances on the WWE and E! reality show Total Divas, on which his daughter Natalie is a main cast member. Total Nonstop Action Wrestling (2009) Neidhart appeared in TNA on the November 12, 2009, edition of Impact! winning against Jay Lethal in his initial open challenge thrown out to the legends of professional wrestling. Professional wrestling style and persona Neidhart usually wrestled in pink attire and the Hart Foundation tag team was nicknamed "The Pink and Black Attack". It popularized the Hart Attack finisher maneuver. Other media On April 6, 2010, WWE released Hart & Soul: The Hart Family Anthology on DVD, which is a three-disc set featuring a documentary on the Hart wrestling family (including Neidhart) as well as twelve matches. Neidhart's daughter Natalie is featured as a main cast member on the reality show Total Divas, and he made appearances on the show along with his wife. Personal life Neidhart and wife Ellie had three daughters, one of whom, Natalya Neidhart, is a professional wrestler under the ring name Natalya, currently signed to WWE. Neidhart was arrested on September 6, 2010, and charged with two counts of possession of controlled substances with intent to distribute, two counts of trafficking illegal drugs, one count of burglary of an unoccupied dwelling, and one count of third degree grand theft for property stolen between $300 and $5,000. He was arrested after becoming aggressive with police after ingesting multiple pills outside a gas station. In March 2012, he was sentenced to five months and 29 days in jail. During his sentencing, he was arrested and held in contempt of court. Neidhart completed two stints in rehabilitation paid for by WWE. Death According to TMZ, Neidhart's wife Ellie told investigators that on August 13, 2018, he was having problems sleeping and got out of bed to adjust the thermostat. As he went to touch it, he "turned weirdly as if he were about to dance", then fell against the wall and ground. She immediately dialed 911, believing he was having a seizure, something for which he took medication. He had a four-inch long gash on his face when EMTs arrived. He died at the scene at the age of 63. According to the Pasco County Sheriff's Office, the fall killed him. At the time, he had early-onset Alzheimer's disease.