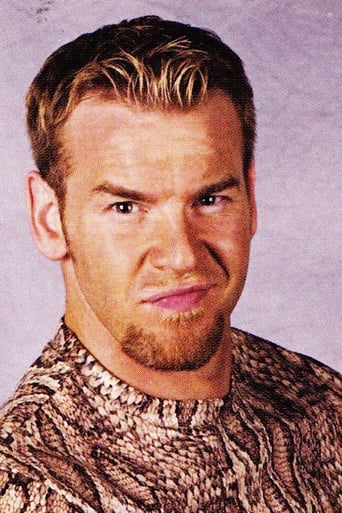 William Jason "Jay" Reso is a Canadian professional wrestler and actor. He is signed to WWE, where he performs under the ring name Christian. Reso was trained by former professional wrestlers Ron Hutchinson, Dory Funk, Jr., and Tom Prichard, and made his wrestling debut in June 1995. Reso wrestled in Canadian independent promotions early in his career. During his time in these promotions, he competed in singles and tag team competition, with Edge, his storyline brother. In 1998, Reso signed a developmental deal with the WWF and began competing for the company the following year. After signing with the WWF, Reso made his debut and captured his first title with the company, the WWF Light Heavyweight Championship. He and Edge went on to win the WWF Tag Team Championship on seven different occasions. During this time, they gained notoriety in the tag team division, partly due to their participation in Tables, Ladders, and Chairs matches. In 2001 the team parted ways and Reso signed with Total Nonstop Action Wrestling (TNA) in 2005. Following his move to TNA, he won his first of six world championships, the NWA World Heavyweight Championship, in February 2006. He recaptured the title in January 2007 and established his Coalition, which disbanded a year later. Reso left TNA in late-2008 and re-signed with WWE. In April 2009, Reso won his first world championship in WWE, the ECW Championship, which he would win again that July. He became the longest reigning ECW Champion in the WWE era and later went on the SmackDown brand capturing the World Heavyweight Championship in May 2011, and again in July of that year. Overall, Reso has won 22 total championships in WWE and TNA, which includes being a six-time World Champion (two-time NWA World Heavyweight Champion, two-time ECW Champion, and two time World Heavyweight Champion), as well as a one-time WWF Light Heavyweight Champion, one-time WWF Hardcore Champion, one-time WWF European Champion, four-time WWF/E Intercontinental Champion, and a nine-time World Tag Team Champion. In addition to these accolades, Reso is the twenty-third Triple Crown Champion and the eleventh Grand Slam Champion in WWE history.