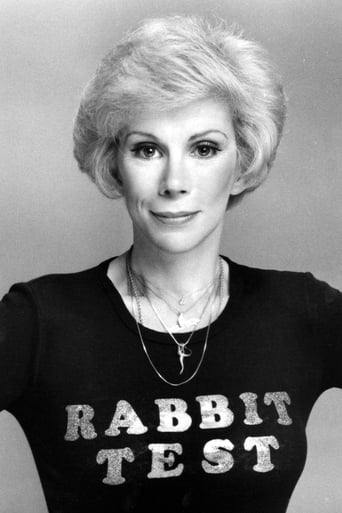 From Wikipedia, the free encyclopedia. Joan Alexandra Molinsky Sanger Rosenberg, widely known as Joan Rivers (born June 8, 1933), is an Emmy Award-winning American comedian, television personality and actress. She is known for her brash manner; her loud, raspy voice with a heavy New York accent; and her numerous cosmetic surgeries. Rivers's comic style relies heavily on poking fun at herself and other celebrities, mostly about their fashion sense, or according to her, the lack thereof. Description above from the Wikipedia article Joan Rivers, licensed under CC-BY-SA, full list of contributors on Wikipedia. ​