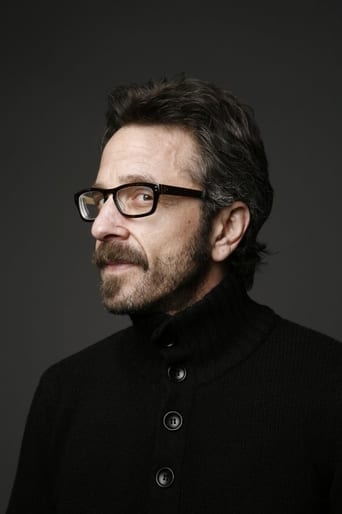 From Wikipedia, the free encyclopedia Marc Maron (born September 27, 1963) is an American stand-up comedian and podcast host. He has been host of The Marc Maron Show, and co-host of both Morning Sedition, and Breakroom Live, all politically-oriented shows, produced under the auspices of Air America Media. He was also the host of Comedy Central's Short Attention Span Theater for a year, replacing Jon Stewart. Maron has been a frequent guest on the Late Show with David Letterman and made 44 appearances on Late Night with Conan O'Brien, more than any other stand-up performer.[1] He was also a regular guest on Tough Crowd with Colin Quinn and hosted the short-lived American version of the British game show Never Mind the Buzzcocks on VH1. Description above from the Wikipedia article Marc Maron, licensed under CC-BY-SA, full list of contributors on Wikipedia.