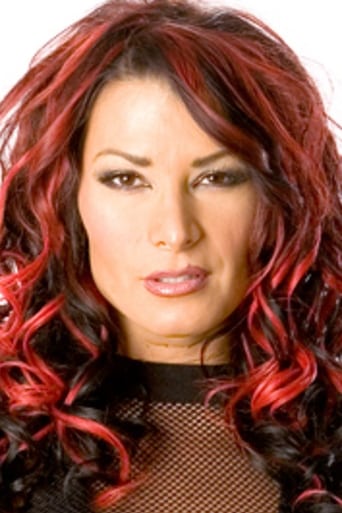 Lisa Marie Varon is an American professional wrestler, former bodybuilder and fitness competitor. Varon is best known for her time in World Wrestling Entertainment under the ringname Victoria where she is a former two-time WWE Women's Champion and in Total Nonstop Action Wrestling under the ringname Tara. Varon started competing in fitness competitions and won ESPN2's Fitness America Series in 1997. In 1999, she placed second at a fitness event in New York to earn her International Federation of BodyBuilders Professional Fitness Card. Through a chance meeting, Varon met World Wrestling Federation (WWF) performer Chyna who encouraged her to become a wrestler. She trained in the WWF's developmental territories for three years before being moved to the main roster to compete full-time under the ring name Victoria. Her first TV appearance was at WrestleMania 2000 as one of The Godfather's Hos. She debuted in June 2002, four months later she was pushed to win the WWE Women's Championship, a title she held twice in her wrestling career. After leaving WWE in 2009 Varon debuted in TNA later that year as Tara. In TNA she became a five-time TNA Women's Knockout Champion making her a seven-time Women's Champion overall. She was also a one-time TNA Knockouts Tag Team Champion with Brooke Tessmacher, as TnT.