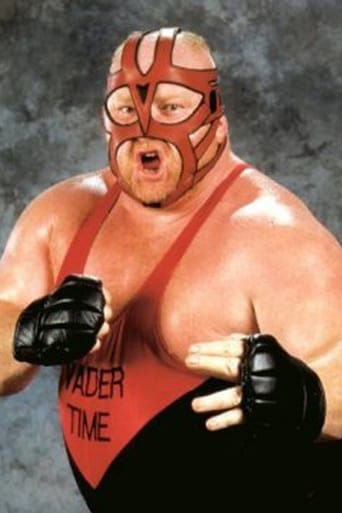 Leon Allen White better known by his ring names Big Van Vader or Vader, is an American semi-retired professional wrestler. White is best known for his time with New Japan Pro Wrestling, World Championship Wrestling, the World Wrestling Federation and All Japan Pro Wrestling in the 1990s. A super-heavyweight wrestler capable of aerial maneuvers such as the moonsault and the dropkick, White was both a face and a heel in several professional wrestling promotions. During his career, he became an eight time world champion, having won the WCW World Heavyweight Championship three times, the IWGP Heavyweight Championship three times and the AJPW Triple Crown Heavyweight Championship twice. Vader returned to Japan, wrestling at a NJPW Wrestle Land show. He also worked in the independent circuit as Big Van Vader, including a tag match against Samoa Joe and Dan Maff in Jersey All Pro Wrestling with Mike Awesome as his tag team partner. On May 12, 2007, Vader faced Brutus Beefcake at Spartan Slamfest, a World Wrestling Coalition charity show. The match was held at the Kingston Armory in Kingston, Pennsylvania. After wrestling his last match in 2007, White began working as a high school football coach. O April 29, 2010, White made a return to wrestling under his Vader ring name at the event Vader Time 5 Return of the Emperor. At the event, he teamed with his son Jesse and former tag team partner 2 Cold Scorpio to successfully defeat Makoto Hashi, Tamon Honda and Tatsumi Fujinami in the main event. In May 2016, Will Opsreay and Ricochet faced each other during the NJPW tournament Best of the Super Juniors. During the match, both wrestlers performed a high flying, fast paced sequence. When Vader saw the sequence, he complained in social media about the current direction pro wrestling is taking. During the following weeks, Vader and Ospreay feuded in Twitter, so England-based promotion Revolution Pro Wrestling (RevPro) booked a match between them. The match took place on August 12, 2016, where Vader defeated Ospreay. Two days later, he made an appearance in Colchester, England for the XWA Wrestling (XWA) promotion, where he defeated "Savvy" Sid Scala. On April 20, 2017, Vader made an appearance in Japan at Korakuen Hall as part of the Dradition show to celebrate the 45th anniversary of the debut of Tatsumi Fujinami. Following a six-man tag team match, Vader collapsed due to being dropped on his head during the match, but he was able to walk backstage under his own power and he remained in Japan as he was scheduled to work two more shows in Fukuoka and Osaka.[On April 22, Vader, Takuma Sano, and Yoshiaki Fujiwara lost a six man tag team match to Koji Kanemoto, Shiro Koshinaka and Tatsumi Fujinami. On April 23, Vader, Riki Choshu, and Tatsumi Fujinami defeated Shiro Koshinaka, Takuma Sano, and Yoshiaki Fujiwara. The final match of his career took place May 25, 2017 at WrestleJam V, where Vader defeated The Ironman. Return to AJPW (2011–2012) In the aftermath of the 2011 natural disasters in Japan, Vader and his son Jesse wrestled on special tribute cards for All Japan Pro Wrestling (AJPW) and Pro Wrestling Zero1. On December 7, 2012, Vader returned to AAJPW, teaming with Keiji Mutoh and Kenso to defeat Bambi Killer, Franz Dynamite and Mazada in a six-man tag team match.